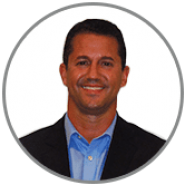 Jesse Simon studied his undergraduate work at Gettysburg College from 1991-1994 in Health and Exercise Sciences and was captain of his baseball team. He left college to study abroad in Scotland at the Robert Gordon University where he earned his honors degree in Physiotherapy in 1997. Jesse has been working with One on One since its inception in 2000 and has been Director of Rehabilitation of the Brooklyn Heights office since 2006. Jesse has a Mastery Certification in Manual Therapy (MCMT), is certified in the Titleist Performance Instrument (TPI) for golf injuries, fitness and swing mechanics and excels in kinesiotaping, sports rehabilitation and general orthopedic rehabilitation.